Inspiration for your next iPhone game: Retro Games 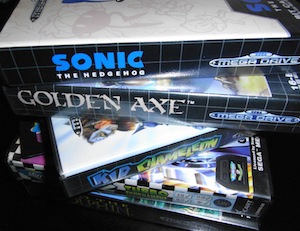 I’m going to make a sweeping, possibly inaccurate, generalisation. Modern games are highly derivative, boring, and predictable. They nearly always involve some form of shooting; be it people, robots, zombies, or indeed anything that moves. They are set in the same environments we have seen a million times before; WWII, SciFi, or Fantasy settings. Now, if this is something I feel, I’m sure at least one other person out there must feel the same.

As game developers/designers, this is our source material. This is where we gather our inspiration and “research” our next big game.

I don’t want to dictate what you play, but let me offer you an alternative source of inspiration for your next big hit… the retro scene. Interestingly, what you consider “retro” is going to differ depending on your age. Lets try to give this post some context, since this is my blog, we’re talking about what I consider to be retro games – the end of the 8-bit era and the start of 16 bit consoles. This is where some of the biggest gaming franchises were born.

So what makes retro games such great reference material? Primarily its because they are simple and generally focus on a single gameplay mechanic. Due to the nature of the hardware constraints, and the relative youth of the gaming industry, the complexities we see in todays games were not possible. I’d argue that this gives retro games a pure, raw feel. You feel closer to the code and its easier to understand why specific game design choices have been made. This is part of what makes the iPhone such a great development platform. Its a chance to relive the days when game development was both simpler and faster. The iPhone lends itself to games that focus on a single, clear concept and these are often the games that do well.

I’m not suggesting you rip-off the retro games and stuff their designed-for-a-control-pad controls into the iPhone. Simply, take a look at what they offer. Most modern games are derivatives of the core concepts created in this era anyway.

Another great reason to look at retro games… they’re cheap. I’d encourage you to avoid emulators and instead buy the actual hardware so that you can experience the controls as intended by the game designers. You can pick up an original Mega Drive for around £20 (equivalent to $30 or half the price of a modern video game).

Lets take a look at some examples of the core gameplay mechanics on offer. 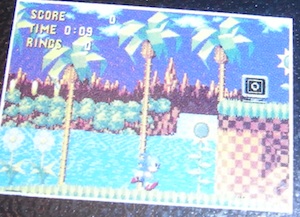 Sonic the Hedgehog
Core Gameplay Mechanic: Speed
Sonic is all about speed. Most of its environments are designed to be traversed at great speed. The game does a great job of motivating you to keep this speed, often putting power-ups in high-up places that can only be reached if you have enough momentum, and obstacles that can only be overcome at speed. A secondary key mechanic is the collection of rings. These rings act as your protection from enemies and as such, they introduce a great risk/reward mechanic. 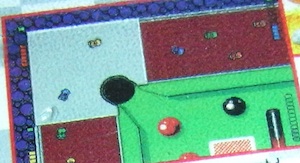 Micro Machines
Core Gameplay Mechanic: Multiplayer
Micro Machines is one of the best implementations of local multiplayer you will find. Its balanced perfectly with just the right amount “close call” moments and a great competitive spirit. Oh, and no need for split screen either, the mechanics work such that your penalised for not keeping up with the pack – it works perfectly. 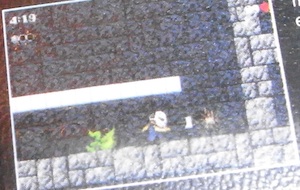 Kid Chameleon
Core Gameplay Mechanic: Reward
The core concept in this game is that your character can collect power-ups that significantly change his abilities and appearance. They’re more than power-ups though, they’re personas. The abilities of these personas are required in order to progress through the game. You discover new personas at key points and the anticipation of what ability you’ll find next keeps you interested in the game. 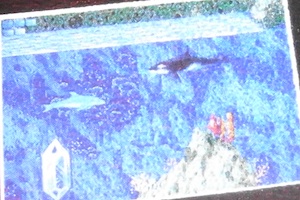 Ecco the Dolphin
Core Gameplay Mechanic: Unique
Ecco the Dolphin is all about the situation. You control a dolphin. Its totally unique and its this that creates such an interesting experience for the player. The goals are secondary to the environment, exploration, and the fact that you are swimming around as a Dolphin.

Golden Axe
Core Gameplay Mechanic: Co-op
Golden Axe excels at co-op. You have to share resources (health and magic), and you have to make decisions about how to handle enemies on the fly.

A word of caution: Don’t stop drawing inspiration from modern games totally, in favour of retro. Modern games have lots they can teach us and they can be truly innovative. Perhaps more importantly, they are current. They represent what people are trained/want to buy. Retro games should act as complementary source of inspiration.

A quick follow up note on #iDevBlogADAy: The concept continues to grow with @mysterycoconut creating an awesome website, a decent sized waiting list, and even talk of official merchandise. Its only a matter of time before someone suggests an iPhone App to promote it (and cross-sell the participants games)… oops!